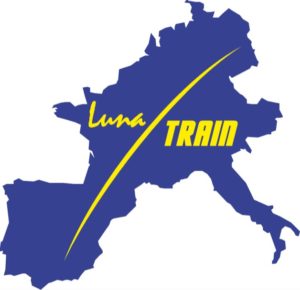 A quick return of the night trains!

Objective night train is driving the revival in Western Europe of a network of night trains that will eventually operate without public aid.

The association notably defends, when appropriate, the principle of a freight/passenger mix for these night trains, so that the pooling of traffic and the synergy between quantity (freight) and quality (passengers) make it possible to exceed the break-even point.

Thus, for each potentially relevant transport route, the association is the contracting authority for the economic and technical feasibility study and then, where appropriate, the implementation of this renewed night train offer. Each study will conclude on the feasibility, or not, of a purely passenger or mixed freight/passenger “Lunatrain”, with or without transitional or permanent public aid.

Infrastructure managers such as SNCF Réseau, DB Netz, LFP Perthus support the association’s approach and participate in the financing of the first study. Two French Regions have also decided to support the first study carried out by Objectif train de nuit.

To be effectively and relevant in logistics chains, rail freight needs to be:

The passenger train provides these guarantees expected by freight (with high added value).
In return, the passenger component benefits from the financial contribution of freight to the payment of traction costs and the costs of using train paths.
The mixed freight/passenger train (F/P) by pooling these costs and optimising capacity makes it possible to make rail traffic profitable, as it would not have sustainable economic models in isolation in the absence of public subsidies.
The FP train is the solution for recreating efficient night-time rail services for passengers and shippers.
The mixed train takes advantage of the seasonality of passenger and freight demand to optimize train filling.…
Example: the car-sleeper train is an F/P train. It combines passenger cars with sleeping seats and car carriers capable of speeds of 99mph. …


The Lunatrains are intended to combine these passenger coaches with wagons for diversified freight such as containers and swap bodies.
The incumbent railway companies operate or have operated freight trains at speeds of up to 200 km/h. A covered freight wagon at more than 260 km/h on the Lille – Calais high-speed line towed by a TGV train under test to test the stability of the freight wagon’s bogies at commercial speeds of 124 mph.